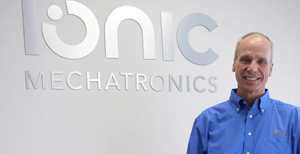 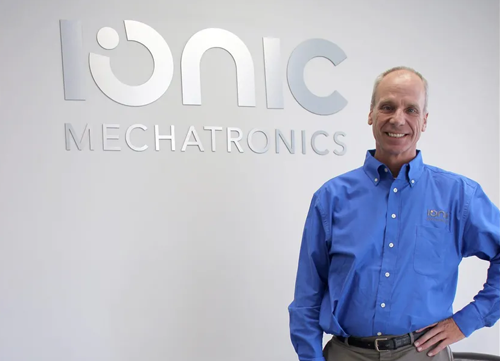 When Steve Matusch passed away back in March, his family, friends and colleagues would have liked to do more to celebrate his life.

“He has been sorely missed,” said Andre Dumais, general manager at Ionic Mechatronics, the Lively based engineering company Matusch founded in the late 1990s. “It was a weird time, because this whole COVID thing happened and there was no chance to acknowledge or recognize the fact that he had passed.”

Matusch, 52, died on March 11, from cancer that developed from a rare liver disease.

While his co-workers at Ionic continue to grieve the loss of their founder, mentor and proud fellow Northerner, they are now paying tribute to his legacy with the establishment of two scholarships meant to build the next generation of automation experts — one at Laurentian University, and another at Cambrian College.

“There are a few things that are going on to acknowledge what he has done in the community, but what I really liked about this one is that Steve was very fond of hiring local people,” Dumais said. “He came back to Sudbury, that was where he was from, and started this company. He would have been far more successful and probably made a lot more money if he had opened his business in southern Ontario, and eventually, he did, about 10 years after he started this place, but he really liked the lifestyle in Northern Ontario.

“We have been really successful with hiring really qualified, intelligent people out of the mechatronics program that has been running out of Laurentian for a few years, so it just seems fitting to contribute back to that program and try to help some students get through that program. Cambrian launched its mechatronics program this year, and we figured it’s a great place to go to get resources. We’re very lucky to have those post-secondary institutions in our backyard, and to support a person going through those programs, it only benefits us.”

Laurentian’s Steve Matusch Memorial Mechatronics Award will go to a full-time student who chooses the mechatronics stream in their third year of engineering.

The Ionic Mechatronics Steve Matusch Memorial Scholarship at Cambrian will be awarded to a student enrolled full-time in the second or third year of the mechatronics program.

More details are available on the respective institutions’ websites.

“It’s hard to capture in the requirements for the scholarship award, but what I asked for in the distribution of the award is basically the keeners,” Dumais explained. “Steve was always big on the fact that it’s not just about your marks, it’s not just about how hard you study, it’s about, can you get your hands dirty? Can you actually make what you imagine work? That was always one of the things he took pride in, was the fact that our engineers also turned screwdrivers. We don’t just draw it on paper and walk away from it.

“That, for me, is one of the key components, that it’s going to be someone who is involved, who gets their hands on and has actually built stuff, who likes to get involved with doing robotics competitions in high school or throughout university, capstone projects at the university. We have kids who have done lunar landers and we have sponsored some kids this year who have built a Baja racer — that’s sort of the ideal candidate for us, someone who will get their hands in the nitty-gritty.”